The keys to the Alhambra Palace Hotel from A to Z 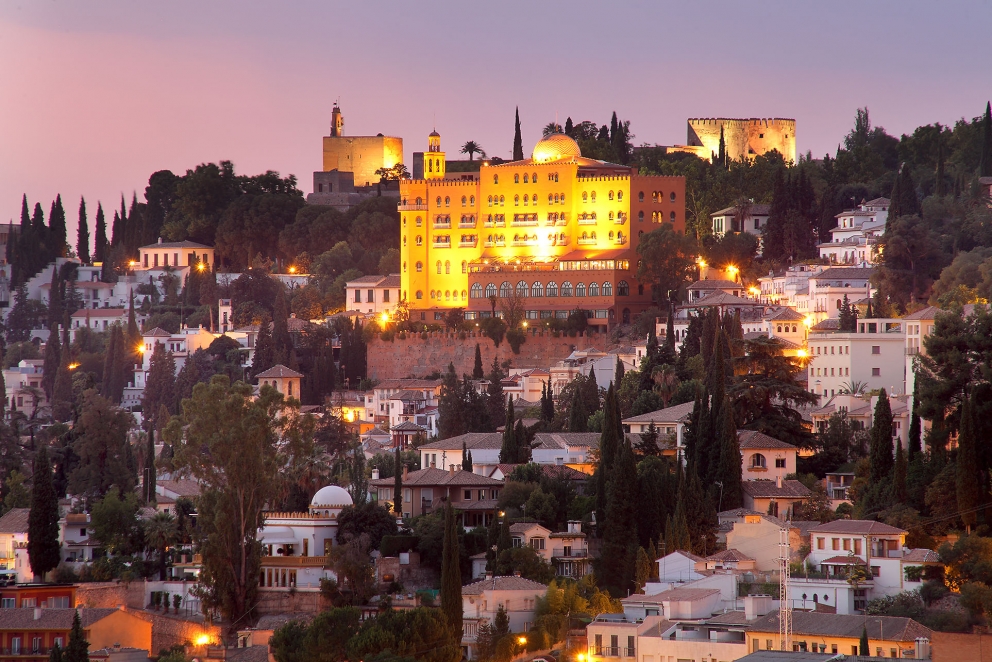 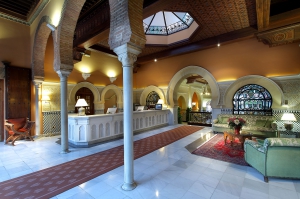 No less than 111 years of history -which makes it one of the oldest hotels in Spain- is a lot to live up to. A fascinating cocktail of details and curiosities mark the evolution of this authentic hotel palace, spectacular antechamber of the Alhambra in Granada. As preparations for its long-awaited reopening are being finalized, it is interesting to learn about the true Andalusian essence of this 5-star hotel through this ‘alphabet’ of emotions. Welcome to the Alhambra Palace!

A -Alfonso XIII. The great-grandfather of our current king, Felipe VI, was only 23 years old when he solemnly inaugurated the hotel on January 1, 1910.

B – Beautiful. Gift Vouchers. Giving the gift of the Alhambra Palace is giving the gift of an unforgettable experience. The hotel offers three types of vouchers: ‘Gift Vouchers’ (to exchange for any of the hotel’s services), ‘Panoramic Tapas Lunch’ (accommodation for 2 people, with breakfast and tapas) and ‘The Alhambra, closer than ever’ (accommodation for 2 people, with breakfast and entrance tickets).

C -Casino. From its opening until 1923, the Alhambra Palace hosted a Casino, which turned the hotel into the neuralgic, institutional, social and cultural center of Granada.

D -Douglas Fairbanks. The American actor and his wife, also an actress, Mary Pickford, were the great stars of world cinema when they visited the hotel in the 1920s. Fairbanks had the honor of being the presenter of the 1st edition of the Oscars (1929).

F -Festivals. Demonstrating its firm commitment to culture, the hotel has hosted festivals such as the International Music and Dance Festival and the Gravite.

G -Granada. The Andalusian capital where the hotel was conceived, which is the antechamber to the city’s great monumental emblem – the Alhambra – and a reference point for its hotel industry.

I -ISO 14001. This important certification – awarded by OCA Global – endorses the hotel’s quality and environmental management system, the first in Spain to achieve the double ISO 14001 certification for the Environment and Q for Sustainability.

J -Julio Quesada-Cañaveral y Piédrola. The Duke of San Pedro de Galatino, aristocrat, politician, businessman and, above all, great visionary of his time, was the manager of the Alhambra Palace when he realized the importance of tourism as a driver of the economy.

L – Loyalty. Golden Book. Kings, presidents of countries and governments, politicians, musicians, singers, actors, Nobel Prize winners and other great personalities (from the Dalai Lama to the scientist Stephen Hawking) have left their mark on the hotel, as is faithfully recorded in this book.

N -Neo Andalusí. A tasting menu created a year ago by chef Esaú Hita that proposes “a journey through time via the recipes, flavors and aromas that between the 8th and 15th centuries brought to Al-Andalus novel ingredients from the East that are the basis of Mediterranean cuisine”.

O -Orson Welles. The director of the mythical ‘Citizen Kane’ established his office in one of the most emblematic spaces of the hotel, the ‘Teatrillo’, and was one of the illustrious filmmakers who have stayed overnight at the Alhambra Palace, as well as others such as Steven Spielberg or the Spanish Romero Marchent, Imanol Uribe, Alex de la Iglesia or Pedro Almodovar.

P – Palace Hotel.  Its exterior architecture -with a crenellated and curvilinear structure, evoking the walls of Ávila-, its halls and rooms give the hotel a palatial air.

Q – Queen Fifth star. In December 2017, the hotel achieved top hotel recognition. “We could not understand the landscape of this haunted city without the presence of a historic building like the Alhambra Palace,” the mayor of Granada said at the time.

R -Restoration. The lounge-dining room of its restaurant is a perfect setting for lunches and dinners with its regal columns that appear to be made of green marble, with octagonal capitals. There is also a menu service on the terrace and room service is available.

S – See Theatre.   Popularly known as ‘el Teatrillo’, it had the honor of seeing how a very young Federico García Lorca, barely 24 years old, recited his ‘Cante Jondo’ for the first time in 1922, accompanied on the piano by another legend of Spanish music: the composer Manuel de Falla.

T – Terrace.  A real box from which to admire Granada at your feet, with the majestic backdrop of the Sierra Nevada. Ideal for a lunch with a view or a mid-afternoon cocktail enjoying the romantic spell of the sunset.

U -Ubication. Plaza Arquitecto García de Paredes, 1. Overlooking the hill Peña Partida, and within the Citadel of the Alhambra, just 5 mins. walk from the Nasrid palaces and gardens and 10 mins. from the historic center walking through the forest of the Alhambra or the Realejo neighborhood.

Y -Yul Brinner. The American actor was one of the great stars of the golden Hollywood that, from the 40’s and 50’s, began to visit Granada attracted by the Andalusian charm of the Alhambra, surrendering to the temptation of this palatial hotel. Other legends of the Mecca of cinema who stayed at the hotel were Tyrone Power, Rock Hudson, Sir Lawrence Olivier, Burt Lancaster, James Stewart, Vivien Leigh and Lauren Bacall.

Z -Zubin Mehta. The brilliant orchestra conductor of Indian origin was one of the great musicians who visited the hotel, as well as other conductors such as Daniel Baremboim, Herbert von Karajan or Jesús López Cobos; composers such as Richard Strauss, Cole Porter, Manuel de Falla or Augusto Algueró; pianists like Arturo Rubinstein or Ataúlfo Argenta; guitarists like Andrés Segovia or Paco de Lucía; tenors like Plácido Domingo and sopranos like Montserrat Caballé, among other great artists of the music world.