The importance of human resources in the Alhambra Palace Hotel 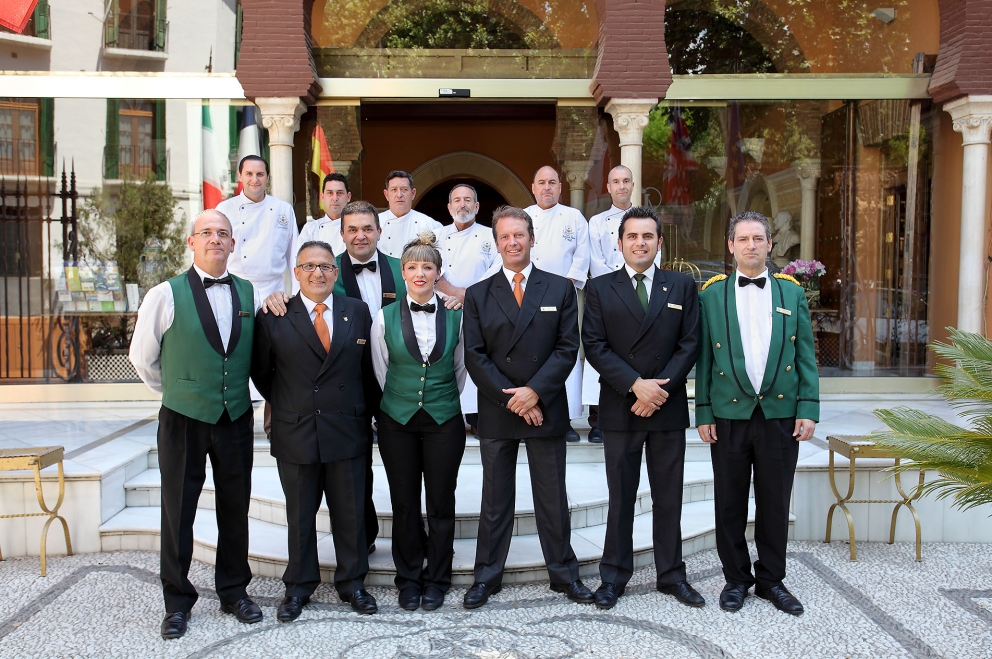 I am lucky to work and lead a landmark hotel in the city of Granada: the Hotel Alhambra Palace. As major differentiators values i would like to highlight three points:

1º. Its centennial history, with a pioneering presence in the international market of 105 years

2º. Its privileged location within the grounds of the Alhambra, with protection of the Unesco, and unforgettable views over the city of Granada

3º. Its excellence in service, with 5 generations of Grenadians who have achieved an outstanding reputation in the markets around the world

Our typology of customer is an cultural, the nationalities are diverse, but our first customer is the american, followed by the European, Asian, and of course the national. Usually a client with a high purchasing power means and with concerns of knowing our history and gastronomy.

And why am I telling all of this. Because it is very important not only the preparation of the career that we chose undertake, but also other aspects that reinforce our competence and proficiency in the work, such as:

* The fundamental formation in each department of the hotel

* The additional training as you can be in this case the languages, which are fundamental in the tourism sector. And even more in Granada, where the main economic engine, that is to say, their source of income is tourism

* The start from the base, and obtain knowledge of all the internal operation of the company

* The personal values that one brings such as education or knowing how to stand, the illusion, the delivery, the confidence in oneself, teamwork, listening, the know run and many other values such as generosity, humility, a spirit of sacrifice, the flexibility, a positive attitude and the ability to improvise.

Director of the Alhambra Palace Hotel