ALHAMBRA PALACE, A HOTEL COMMITTED TO THE PERFORMING ARTS 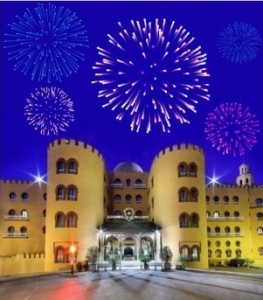 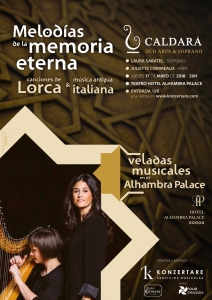 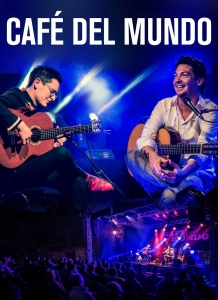 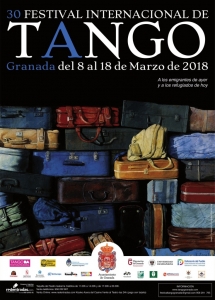 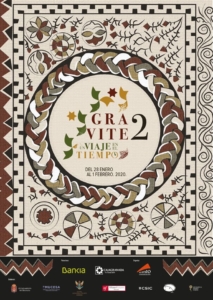 Inaugurated 111 years ago, throughout its centenary history, this 5-star hotel in Granada has hosted the most varied cultural and artistic events.
Cinema? theater? concert hall? Well… yes, all of them have had a place in this hotel palace, which is much more than just a hotel. One realizes this as soon as one crosses the threshold of its door, immersing oneself in a sort of tale of a thousand and one nights. Or by visiting its Salon Teatro, today one of its most emblematic MICE spaces.

In the early twentieth century it was one of only two movie theaters in Granada (along with the Lux Eden cinema); and also the ‘little theater’ in which Lorca recited for the first time his Cante Jondo, Andrés Segovia gave his first guitar recitals, Margarita Xirgú was honored after the premiere of the play ‘Mariana Pineda’, of which she recited some fragments… And in the post-war period, when its dining room and part of the hallway were the improvised stage on which the Berlin Philharmonic Orchestra itself offered a concert. Curtain up!

“What is life? A frenzy, an illusion, a shadow, a fiction; and the greatest good is small; that all life is a dream, and dreams are dreams,” wrote Calderón de la Barca in the 17th century. However, sometimes dreams do come true. Like that of the enterprising Julio Quesada-Cañaveral y Piédrola, Duke of San Pedro de Galatino, who, seeing the potential that tourism was going to have, ordered the construction of a palatial hotel at the dawn of the 20th century that would be the perfect complement to the Alhambra in Granada. And even more, that it would become the epicenter of the social and artistic life of the Nasrid capital, as it was. Because ‘everything is possible in Granada’, as the title of Rafael Romero Marchent’s fime used to say…

The Alhambra Palace ceased to be a dream and became a reality on January 1, 1910, when it officially opened its doors under King Alfonso XIII. And since then, its rooms – currently 108 – and lounges have been complemented by intense artistic activity. Federico García Lorca, Manuel de Falla, Andrés Segovia, Margarita Xirgú… illustrious names that gave splendor to the dream of the Duke of San Pedro de Galatino, who wanted his hotel to resemble the Muslim fondaks, which combined lodging with entertainment. And he succeeded!

Likewise, the International Festival of Music and Dance of Granada joined its history to that of the Alhambra Palace, and not only by hosting most of the great performers from all over the world. First it was the panoramic terrace of the hotel, with Granada at its feet, which hosted extensions of the musical evenings. And later the ‘teatrillo’ itself, chosen as one of the main venues of the Festival, hosting between 1995 and 2004 the evening music series ‘Café-concert’. And, more contemporarily, other cycles, which have combined the love of music, with jazz, flamenco and classical music as the main protagonists. Music from all over the world in an international hotel that is much more than a place to stay: a true temple for the performing arts.